BEWARE: White Bubbles On Meat Is Very Dangerous For you!!

This is Very Important Warning That The whole World Should be Very Keen to know.

The White ‘Bubbles’ on meat: AVA assures public it regularly inspects and takes samples of food products for tests 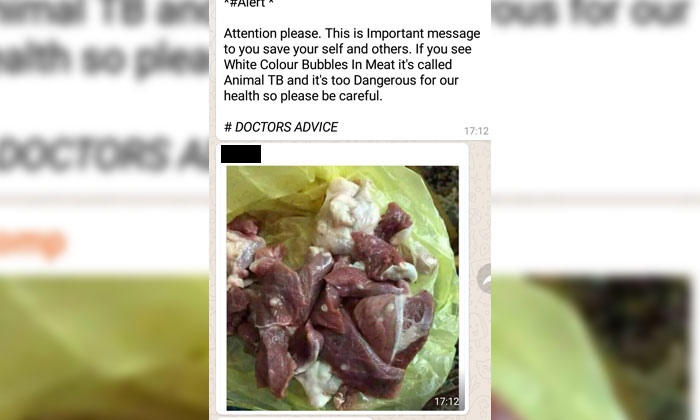 A message circulating online “warning” people of the dangers of eating meat that has white “bubbles” on it has drawn concern from some of its recipients.

Several Stomper shared the message with Stomp on WhatsApp.

The message claims that “white-coloured bubbles” found in meat are symptoms of “animal tuberculosis (TB)”. 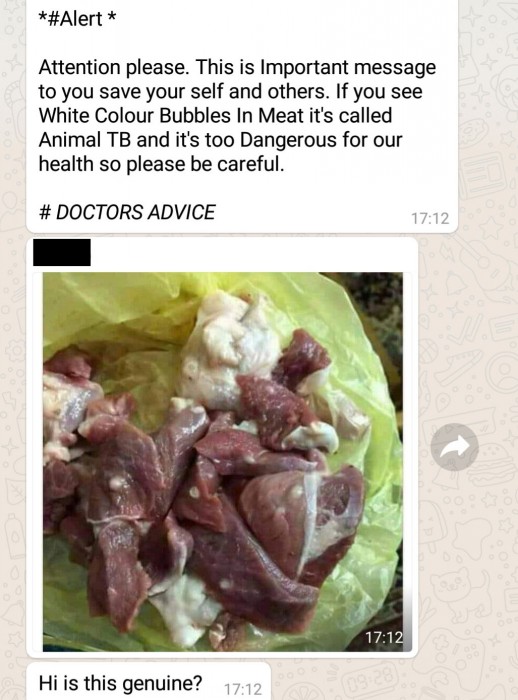 It added that it is dangerous for health and advised people to be careful and alleged that this advice came from a “doctor”.

According to a 2015 report on CNN, cows and other animals can harbour bovine TB which is caused by infection with the bacteria Mycobacterium bovis, a close relative to the bacteria that causes human TB.

There have been cases of TB spreading through food via infected animals.

However, in response to a Stomp media query, the Agri-Food & Veterinary Authority of Singapore (AVA) assured that it regularly inspects and makes checks on food available in the market, including meat.

“As part of our food safety programme, AVA regularly inspects and conducts sampling of food available in the market, including meat, to ensure that they comply with our food safety standards and requirements.

“During inspection, we check for signs of spoilage and labelling requirements.

“Samples may also be taken for laboratory tests including chemical tests, antibiotics, microbiological tests and authenticity tests. Consignments that fail our inspection or tests will not be allowed to be sold.

“AVA investigates feedback on food safety issues and will not hesitate to take enforcement action where warranted.

“We urge the public to be discerning and exercise good judgement on whether information sources are credible.

“The rapid spread of misinformation causes unnecessary public alarm and confusion to the public.